Truck Test 2015: Is choice of driver still more important than choice of truck?

The 4th annual Truck Test took place on 15th & 16th April 2015 in South Africa.  It saw 16 extra heavy trucks being put through their paces over 860km of public road.  With much talk of autonomous trucks on the horizon, the Truck Test gave some insight into why operators have been reluctant to move from manual gearboxes to automated transmissions in the past.

Maturity of AMT in question

With little difference between fuel consumption and productivity of vehicle manufacturer offerings, it is clear that driver training and monitoring is more important than ever.

The maturity of even recent versions of AMT is still in question and we believe there is an argument for training drivers to switch to manual mode for certain sections of road.

Fuel consumption results from the Truck Test can be seen as a realistic benchmark of what the vehicles will achieve in everyday operation, so the test is an ideal opportunity for vehicle manufacturers to put their vehicles through their paces in real life conditions, and to compare performance of their vehicles to those of their competitors. 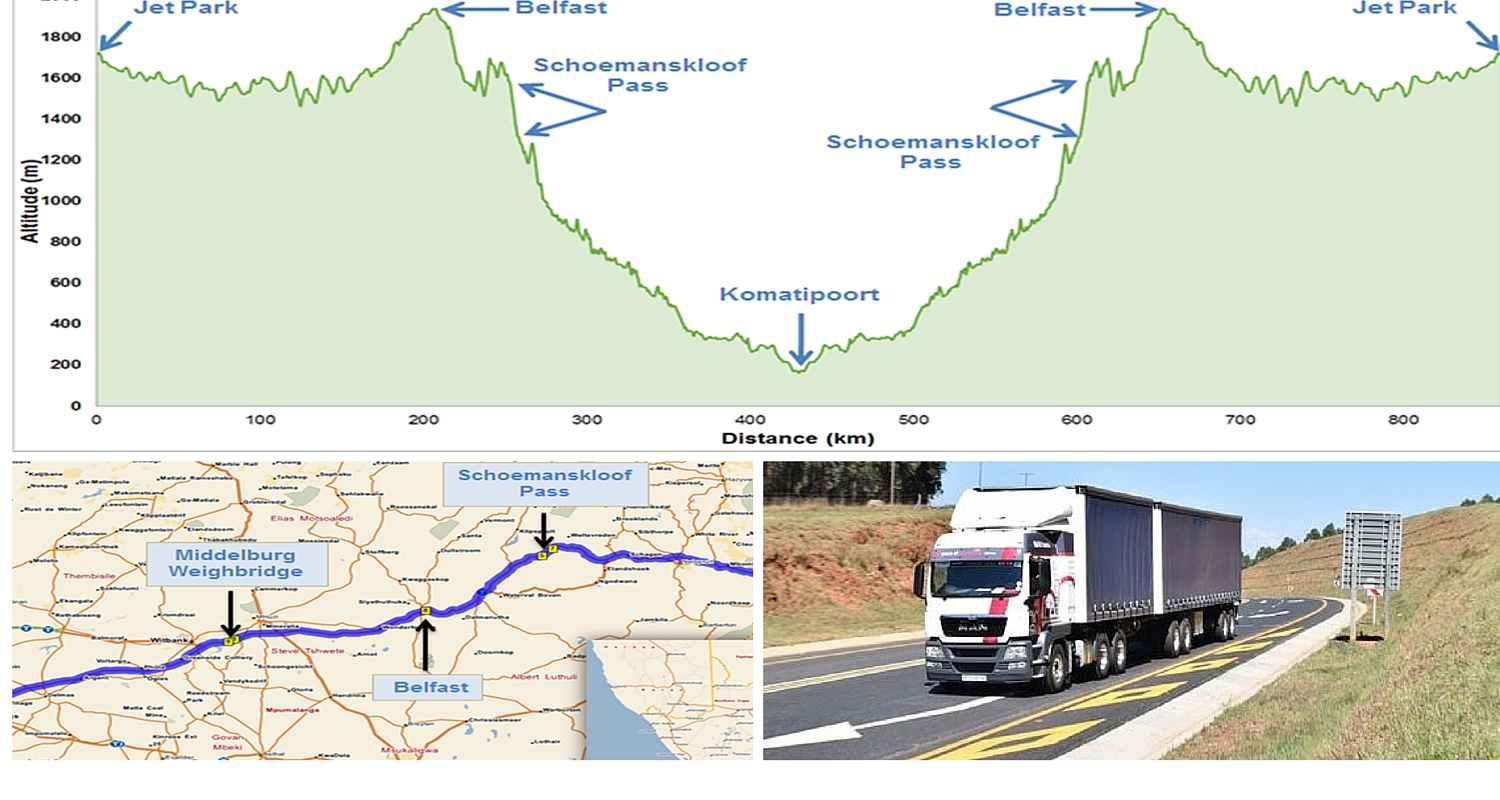 The Truck Test began on 15th April, with a convoy of 16 extra-heavy trucks travelling approximately 430km from Johannesburg, 1700m above sea level, through Belfast at 1900m, to Komatipoort on the Mozambican border, at an altitude of just 145m.  The return trip on the following day, with a climb of almost 1.8km in altitude, would challenge driver and machine alike. 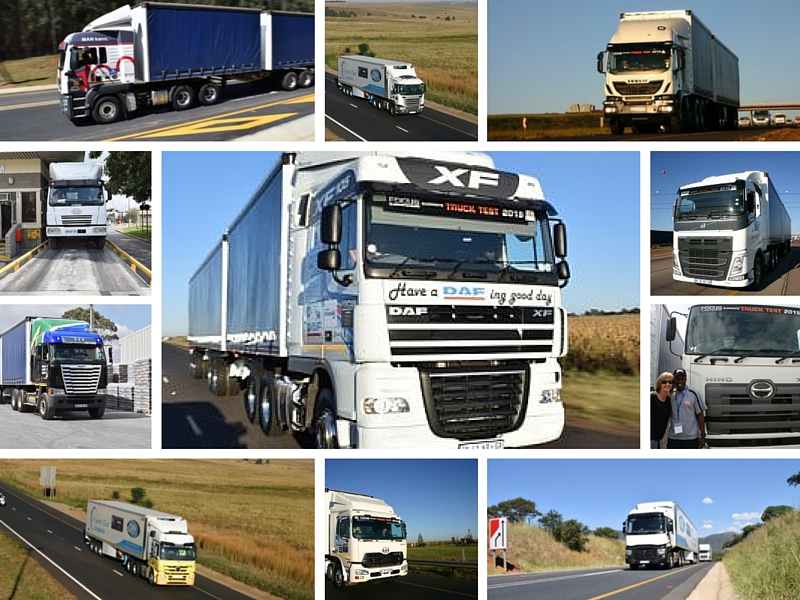 All vehicles tested came with Automated Mechanical Transmission (AMT), with the exception of the FAW with manual shift.

The AMTs generally claim superior fuel economy, as they reduce the effect of driver fatigue and inexperience when it comes to optimal gear selection.

While most of the drivers shouldn’t have needed to shift gears manually, most chose to do so anyway.  The feedback from these drivers and product managers was that they believed that switching to manual mode could lead to an overall fuel saving of 1-2l/100km, through better predictive gear selection.  Predictive topographical cruise control – the next level of auto shift – should solve this gear selection issue and make auto shifting as good as or better than a good driver.

Each participating vehicle was fitted with an identical trailer and load.  All of the 6×4 truck tractors – 9 with sliding curtain interlink trailers and 7 with tri-axle refrigerated semi-trailers – were loaded to the maximum gross weight allowable – 55,500kg and 48,000kg respectively – with pallets of cement. 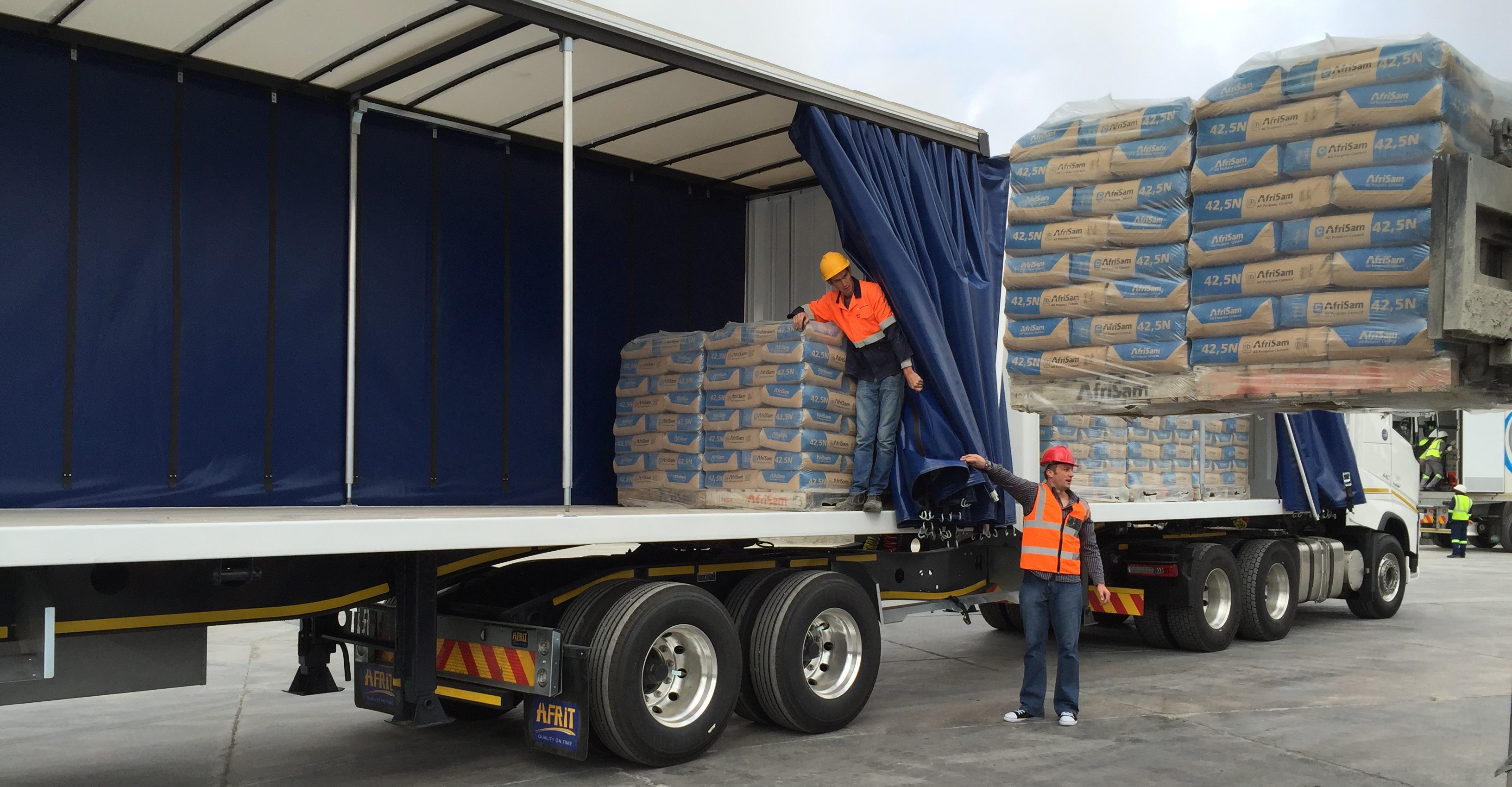 Performance results simulated prior to the test

Prior to the test, we configured the rigs in TruckScience’s Configuration software and simulated the trip times and fuel consumption of each truck, with specified payload and constrained by maximum speed, over the exact route of the test, using TruckScience’s Performance program.

We normally hope that the exceptional truck drivers that the OEMs have chosen to represent them in the Truck Test will achieve better Fuel Consumption than what we’ve simulated, expecting them to ‘beat the computer’ by about 5%.

When the trucks are back in their bays, TruckScience analyses the average speed and fuel consumption data in depth, and calculates Payload Productivity factor for each of the rigs.  Needless to say, these results are eagerly anticipated by the OEMs and transport operators alike.

The DAF XF achieved the lowest fuel consumption of the vehicles drawing interlink trailers, consuming an average of 54.4 litres per 100km, while carrying a payload of 36,463kg.  This was despite it having the highest average speed in the category, at 65.3km/hr.  The average ‘average speed’ of all trucks in the category was 62.4km/hr.

Actual Fuel Consumption differed from TruckScience simulated results by 3% or less for all trucks tested in this category.

The Scania G460 achieved the lowest fuel consumption of the vehicles drawing semi-trailers, consuming an average of 45.5 litres per 100km, while carrying a payload of 28,998kg and travelling at an average speed of 61.7km/hr.

The Scania vehicle had the second lowest average speed in the category, after the FAW vehicle, with the average ‘average speed’ of all trucks in this category being 63.1km/hr.

Actual Fuel Consumption differed from TruckScience simulated results by 4% or less for all trucks tested in this category.

Fuel consumption is not the only consideration, however.  Vehicle productivity takes into account a combination of fuel used, time taken, and payload carried.  The formula we use to compare the productivity of the vehicles is defined as (Average Speed x Payload) / Average Fuel Consumption.

The DAF XF, with the highest average speed and the lowest fuel consumption, achieved the highest Payload Productivity Factor of the vehicles drawing interlink trailers.  Actual Productivity differed from TruckScience simulated results by 4% or less for all vehicles in this category.

The MAN TGS, with the highest average speed and the second lowest fuel consumption, achieved the highest Payload Productivity Factor of the vehicles drawing semi-trailers.  Actual Productivity differed from TruckScience simulated results by 2% or less for all vehicles in this category.

The variation between simulated and actual results is partly explained by variations in Gross Vehicle Weight between the actual and simulated rigs, due to differences in specification, for example Suspension (Air vs Steel) and Wheel Rims (Aluminium vs Steel).  Of course, GVW is just one of the factors that influences the simulated results.  Driver behaviour, weather conditions and such also combine to ensure that there will always be some variation between simulated and actual results.

The test is run on the open road, under certain conditions which combine to ensure the accuracy of the information recorded.

We use vehicle tracking information provided by C-Track to record average speeds of the individual vehicles over each leg of the test. 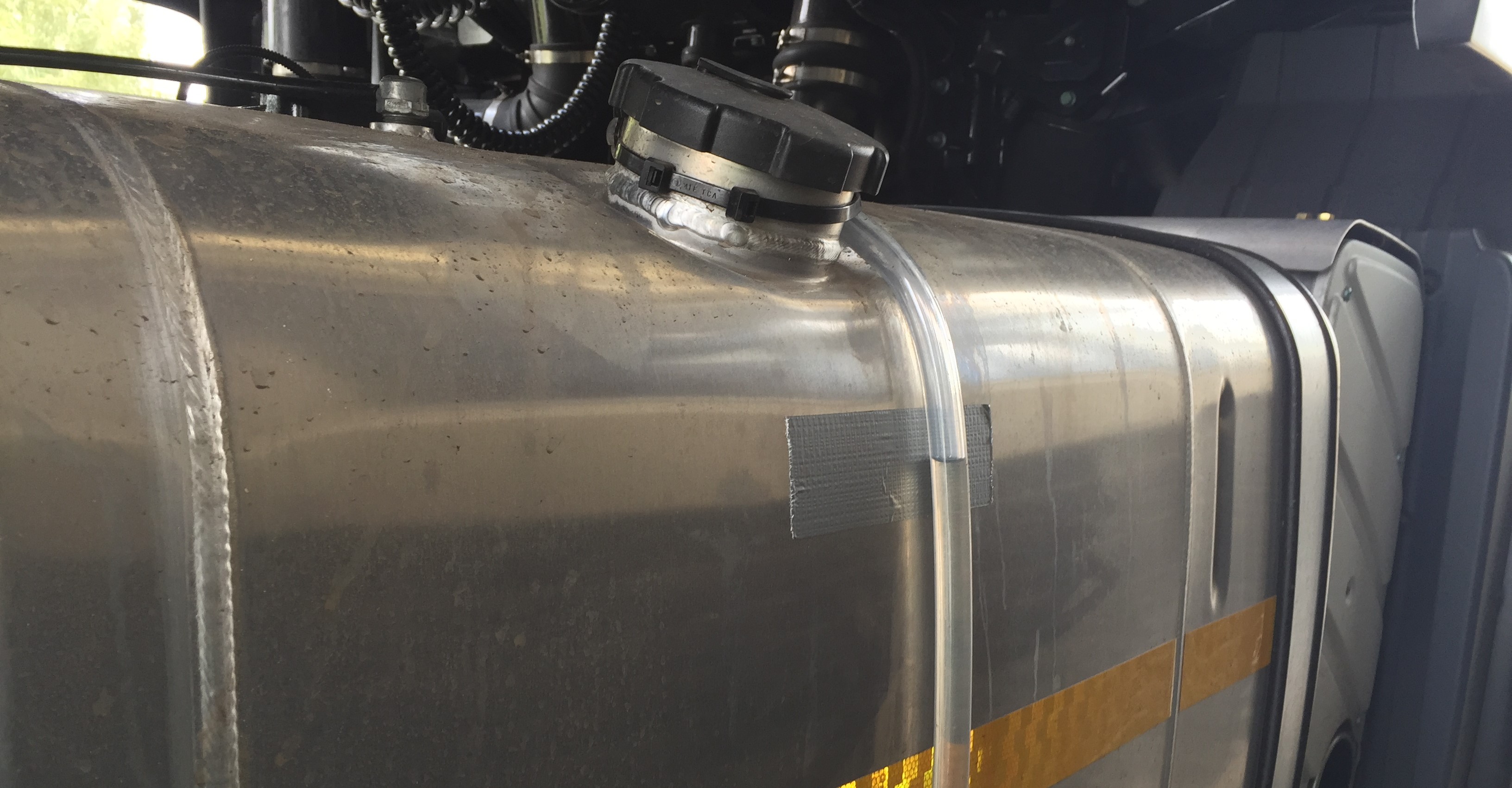 A clear sight tube is fitted to each fuel tank, so that regardless of bowser level or angle, the measurement of fuel consumed over the test is measured to the drop, in order to work out an accurate fuel consumption in litres per 100km.

With safety a constant consideration, a maximum speed of 85km/hr is stipulated.  We generally see that drivers are conservative with the accelerator anyway, though they must be mindful of the speed limit when using downhill momentum to conserve fuel.

Each entrant provides an observer to ride in one of the competitors’ vehicles.  As well as giving the OEMs an opportunity to see the competition up close, the presence of the observer is a constant reminder to operate within the parameters of the test rules.

The organising committee of Truck Test is comprised of TruckScience’s Martin Dammann, Focus magazine’s Charleen Clarke and Tina Monteiro, Barloworld Logistics’ Adrian van Tonder, as well as representatives of Engen and Ctrack.  As well as providing simulated fuel consumption, trip time and productivity results prior to the test, TruckScience oversees key aspects of the test, including route selection, precise loading of the rigs and monitoring of the crucial refuelling process.

Truck Test 2015 was a resounding success and plans are already in place for next year’s test.  Truck Test 2016 is scheduled for 20th and 21st April, 2016 and will be like none that has gone before.  Short-, medium- and long-haul vehicles will run in the same event and, crucially, the comparison aspect will fall away.

Vehicle manufacturers will be free to enter the most popular models within their range, with trailers and loads of their choice, and even compare transmissions by entering 2 vehicles of otherwise matching specification.  Some may take the opportunity to enter alternative-fuelled or hybrid vehicles.

“Bring what you want, and we will test it!”, says Martin Dammann, Head of Product and Support at TruckScience.

To keep up to date with plans for Truck Test 2016, keep an eye on FOCUS on transport and logistics magazine or Contact Us to see how you can get involved.

Transport operators use TruckScience’s Performance software to benchmark expected fuel consumption of their vehicles, with specified payload, on their actual routes.  These simulations are used by truck salespeople to choose the right vehicle for their customer, and by transport operators who compare them to actual driven results, to identify drivers who would benefit from extra training.

TruckScience’s Performance simulations can additionally be fed into a Costing calculation, to demonstrate the cost of financing a vehicle, working out monthly repayments, maintenance costs, Total Cost of Ownership (TCO) in terms of cost per kilometre or ton, etc.

Experience Truck Test 2015 through this video documentary on YouTube

Dip into some articles about Truck Test 2015 in the Focus On Transport magazine.

See Detailed Specifications of the vehicles which took part, indepth Results and Graphs for each truck.

If you’d like to try our Fleet Simulator for yourself, please request a callback by emailing support@truckscience.com. 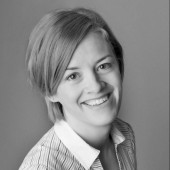